The best first: How can you tell your acne is really starting to get out of hand? 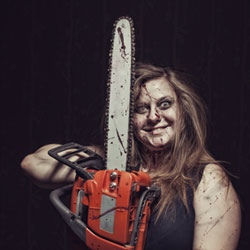 
Evil, mean, morbid and sarcastic jokes, quite tasteless and lacking class. Enjoy!
Fastest way to stop an argument between a bunch of deaf people?
-
Just switch off the lights.


Of course God exist. How else could those foolish atheists explain that my girlfriend got pregnant without us ever sleeping together?
On a train:

“Madam, could you please tell your son to stop imitating me, it’s very annoying!” 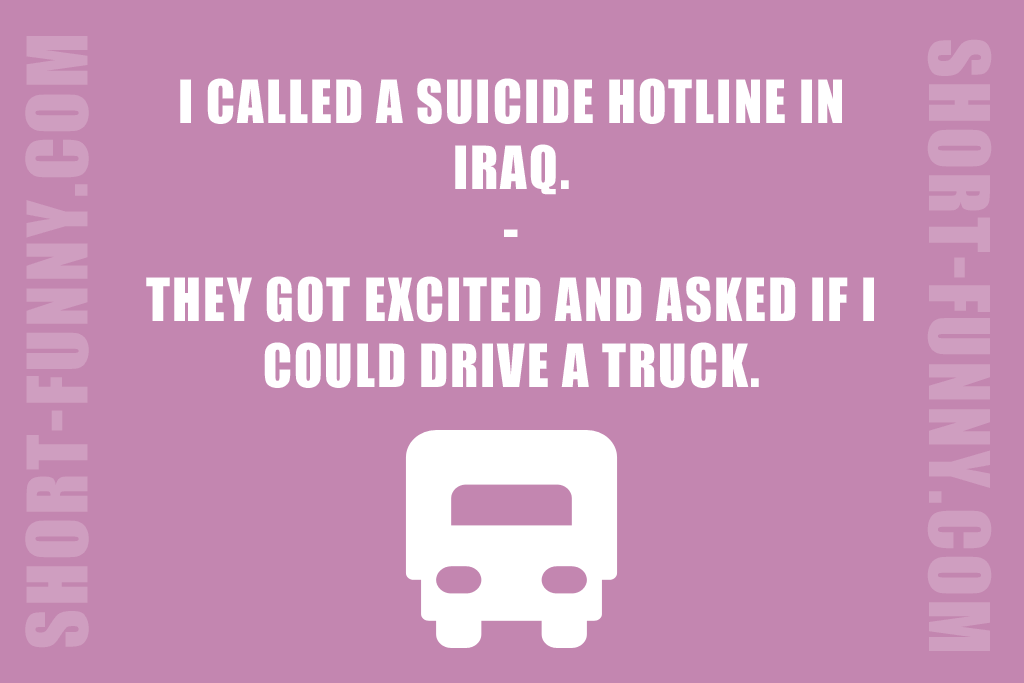 I went to see a new doctor. He did the whole medical history thing with me. At one point he asked if anybody in my family ever suffered from a mental illness.

I said no way, nobody suffered from it. In fact, we all had great fun with it! I went fishing for the first time. I learnt that fish can breakdance. Only for 1-2 minutes, but still. Dracula visits his doctor and says, “Doctor, I’m really worried. For a while now, there was no blood in my stool.” Father talks to his 5-year-old son: “No, Petie, you don’t have to worry. There is no monster sleeping under your bed. It sleeps every day in the bed next to me.” Husband approaches his wife, “Jenny, I think I have a problem.”

Jenny smiles at him kindly, “Darling, your problems are my problem also. Trouble shared is trouble halved. Tell me.”

“OK, “ says the husband, “in that case, we got the neighbor pregnant.” What do you give an armless child for Christmas?

Nothing, he wouldn’t be able to open it anyways. “You da bomb!”

In America – a compliment. In the Middle East – an argument. I took away my ex-girlfriend’s wheelchair.

Guess who came crawling back to me?You know you're ugly when you get handed the camera every time they make a group photo. At a first date:

He: “I work with animals every day!”

“OK, listen up, and listen up closely. I don’t want to have to repeat myself to you again tomorrow!” I saw my wife at the dam yesterday.
Drat. I was hoping she might float a bit more downstream. A nurse says to a new father, “Your baby is very pretty.”

The father looks pleased, “Really? Come on, don’t you say this to everybody?”

The nurse shakes her head, “No, of course not.”

The father wonders, “So what do you say if the baby’s ugly?”

The nurse smiles, “Then I say the baby really takes after its father.” – Am I beautiful, George?

– You’re like the Sun! It’s painful looking at you. 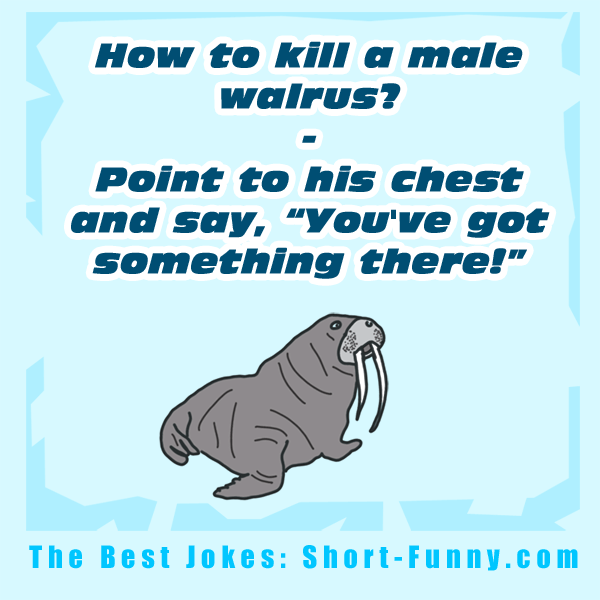 My father fell asleep in front of the TV.

I put a picture of our female neighbor, some tissues and a pot of Vaseline next to him. Let's see how my mother reacts. What does a cannibal say to the waiter in a restaurant on a cruise ship?

“Please bring me the passenger list.” Excuse me, how do I get to the hospital quickly?

Just stand in the middle of the road for a while. My grandpa came back from the war with one leg.
-
We still don’t know whose leg it is. “Mommy, there’s something wrong with the bunny…”
-
“Shush, child, please leave the oven door closed.” A message for the kidnappers of my mother-in-law: “Pshah! The pinkie is insufficient as proof! I need more evidence!” 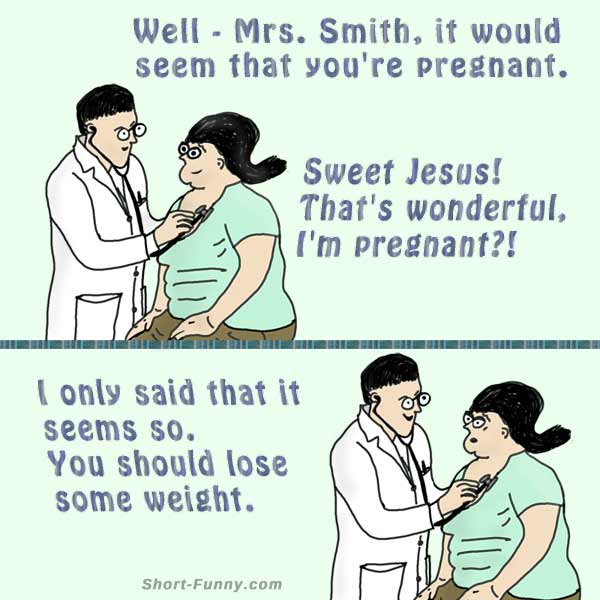 Supermarket cashiers must be really doubly traumatized if they land in ICU – beep, beep, beep… (Girl to a guy standing on the railing in the middle of a tall bridge)

(pulls out phone and turns on camera)

“OK, go ahead!” If you donate a kidney, everybody loves you and you’re a total hero.

But try donating five kidneys – people start yelling, police gets called – sheesh.Son complains to his mother, “Mommy, they told me at school that I have gigantic feet.”
-
Mother strokes his head, “Let’s talk about this later. Now put your shoes in the garage, dinner is ready.”Even people who are good for nothing have the capacity to bring a smile to your face, for instance when you push them down the stairs. Patient: “Doctor, I just feel so invisible, ignored… Like I didn’t even exist…”


Tombstone engraving: I TOLD you I was sick! A guy runs with a machine gun into his wife’s chess club and yells: “Which of you nerdy scabs slept with my wife?”

A chees player looks up: “You know man, I don’t think your magazine will be enough.” 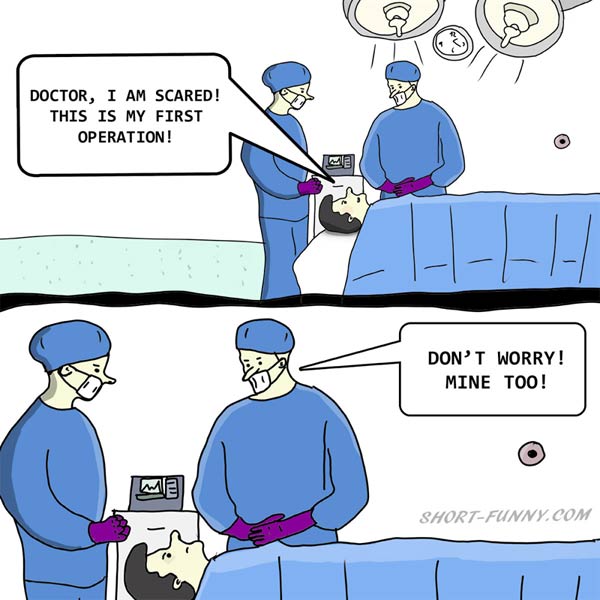 Oh daddy, I love you so much!
-
Hey, until we get the DNA test, I’m just Harry to you! It really makes me mad when I hear idiots saying that women belong in the kitchen. Such crap. Who would clean the rest of the house?! There’s an evil rumor going around that I’m a hardcore gambler. I don’t know what bastard is spreading such lies, but I’d bet serious money on it being Mike. My butt hair is so long, it made it to the Guinness Book of Records. Not for long though. They threw me out of the library pretty quickly. Lena: “Darling, I really think it’s time we got another baby.”

Charles: “Oh I’m quite relieved you said that. The one we have is a real pain in the neck!”  Next Part
Best Black Humor Jokes