Best first: A woman shouts at her husband: “Have you been drinking again?! You promised me to try to be a different man!!”
-
Her husband replies: “Guess what! The other man is drinking too.” 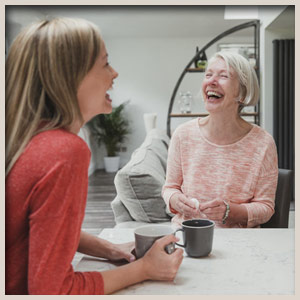 A lovey dovey couple are sitting on a bench in the park and she says, “My ear hurts me…” He kisses it gently and asks, “Is it better now, my darling?”

“It’s all gone,” giggles the girl, “but now I have a pain here,” and she points to her neck.

“It’s all healed, my love! But now I have a very bad pain here,” she replies and points to her clavicle.

“Excuse me,” politely interrupts an old man from a neighboring bench, “this is really impressive! Do you heal hemorrhoids as well?”


A grandma and a grandpa are going out for their daily health walk and grandma can’t decide. “I don’t know, Joe, should I wear my bra do you think?”

“Yeah, Rosie, you better, it’s quite muddy out.” A guy comes to work very sick and asks his boss for advice. The boss says, "You know, if it were me, I'd just go home and let my wife really take care of me in all aspects, if you know what I mean. Now go and do just that, Roger, you look pretty bad."
-
The guy gratefully leaves and comes back the next day, looking much better.
-
"So, how was it?" asks the boss, "Everything alright?"
-
"Yes," replies the guy, "I feel much better, thank you. By the way, you have really nice furniture!" Ah, the modern days. I just saw a grandpa help a youngster who was staring into his phone to cross the street. Doctor says to his patient: “Your liver results are back. And frankly, they’re very surprising considering that I only allowed you one glass of wine per week.”
-
The patient shrugs: “Do you really think you are the only doctor I am going to?” Two farmers are walking down a road when suddenly they’re passed by a headless biker.
Weird, but – well. They continue down the road. After a while they are passed by a headless bicyclist.

Hm. They walk on for a bit when one says to the other, “Joe, how about you put the scythe on your other shoulder?”

Why are seniors encouraged to take healing mud baths?

So they’d slowly start getting used to earth.
Harlan the biker comes to the hairdresser.

The hairdresser stares at his greasy hair in disbelief for a while and then asks, “So, did you come to cut your hair or just for an oil change?” Joe asks Peter: "Wow, so many scars. You must have had an adventurous life!"
-
Peter replies: "No, I have a cat." I was begging God to give me a hot body.


A grave digger comes home all tired and exhausted, nearly dragging his hands on the ground. “What on Earth happened?!” asks his wife.

“We were burying some mother-in-law or other, and the people applauded so much as we lowered her into the ground, that we had to do it again and again, eight times over!” Patient: “Doctor, please help me, I think I can see in the future.”
-
Doctor: “When did it start?”
-
Patient: “Next Friday.” A truck driver phones his boss, "Hey boss, my mirror is broken."

The boss says, "Well then Just buy a new one and replace it then."

The truck driver answers, "I can't. The truck is laying on it." So, Mr. Brandberg, are you happy with your new hearing aid?
–
Very much, doctor. I already changed my last will twice! An American guy, a French guy, and a Scottish guy go for a beer. All their beers, by some coincidence or other, arrive with a fly in it.

The American pushes the beer away in disgust.

The French guy fishes out the fly and drinks the beer.

The Scotsman takes the fly out by the wing and yells at it, “Spit it out, spit it out now ya little hussy!!!”