by Katerina Janik
A doctor tells a patient, "Sir, you are highly contagious and must be placed in isolation. Until we get in contact with the Center for Disease Control and Prevention, your diet will consist of pizza and fried eggs."

"Will that help me get better again?" asks the patient.

"Not really. But it's the only thing we can shove in under the door."


Black humor is like a pair of healthy kidneys.

Not everyone has it. A doctor walks in a cemetery one afternoon when a hand shoots through the earth and grabs his ankle. A hollow voice speaks from underneath the ground, "You're a doctor, right? Do you have anything against worms?" Mother: Son, why aren't you talking to Mark anymore? You used to be really good friends.
-
Son: Well would you like to talk to someone who is kind of stupid, is using drugs and is drinking alcohol every day?
-
Mother: Of course not!
-
Son: Well neither would he. Question: I have an extra-large nose, three eyes and thirty teeth. What am I?
-
Answer: Ugly 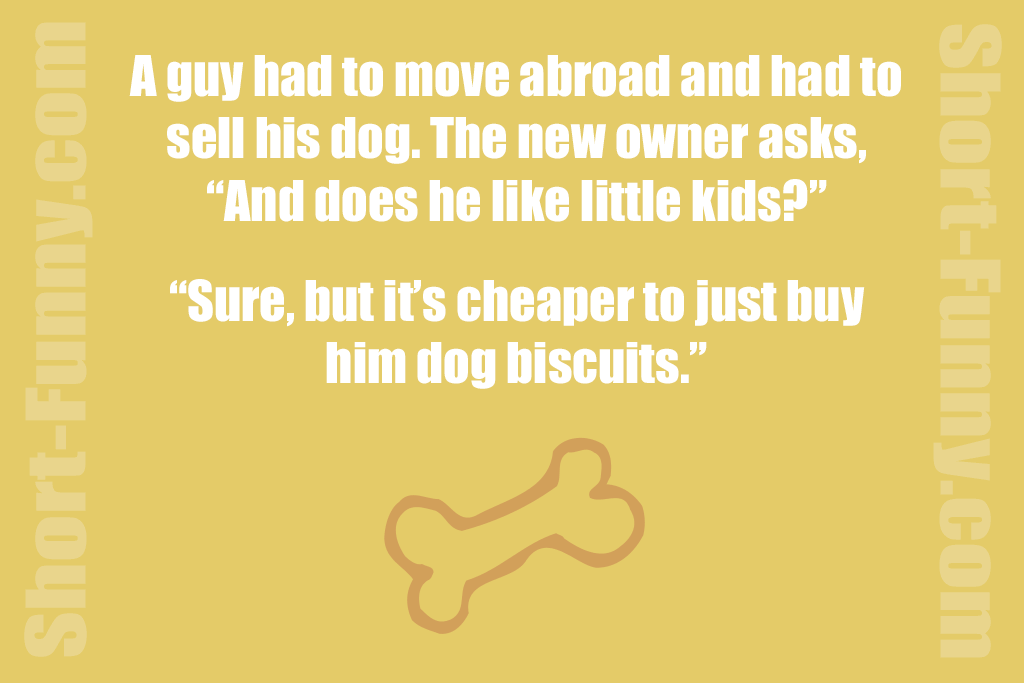 A guy had to move abroad and had to sell his dog. The new owner asks, “And does he like little kids?”

“Sure, but it’s cheaper to just buy him dog biscuits.” You’d think my son would be happy that daddy got him a brand new trampoline, but no, oh no.
-
He just sits there in his wheelchair and cries like a little girl. Black humor is a lot like food really. Not everyone gets it. Is it tasteless to ask a homeless guy if he likes house music? At a birth center:

Heavily breathing woman: How long does it usually take for the child to be out since the start of the labor pains?

Midwife: About 18 years. They say you cannot outrun a bear. True, but don’t panic, usually it is enough to outrun the chubbiest member of your hiking group.


Two cannibals are enjoying dinner. One compliments the other, "I say, Bill, your wife really makes a great meal." Around 50% of our youth sees the future in a positive way. The other half doesn’t have the money to buy the drugs. How did the dentist suddenly become a brain surgeon?

A slip of the hand. Next Part
Best Black Humor Jokes