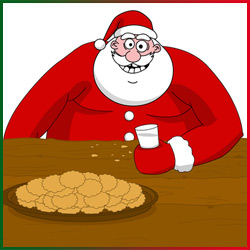 How many gifts can Santa squeeze in an empty stocking? One. It’s not empty after the first one.


There will be no Christmas anymore. I told Santa that you have been good the whole year. He died of laughter.  I came home from work yesterday and got a terrible shock. All the windows open, everything gone… I nearly cried, I mean who can do something like that, and right before Christmas, too… And to top it, my family didn’t let me call the cops, they kept insisting they have better things to do than investigate who polished off my Advent calendar. A lady walks into a stationery shop early in December, “Hi, I’d like to buy some nice pen for my son.” 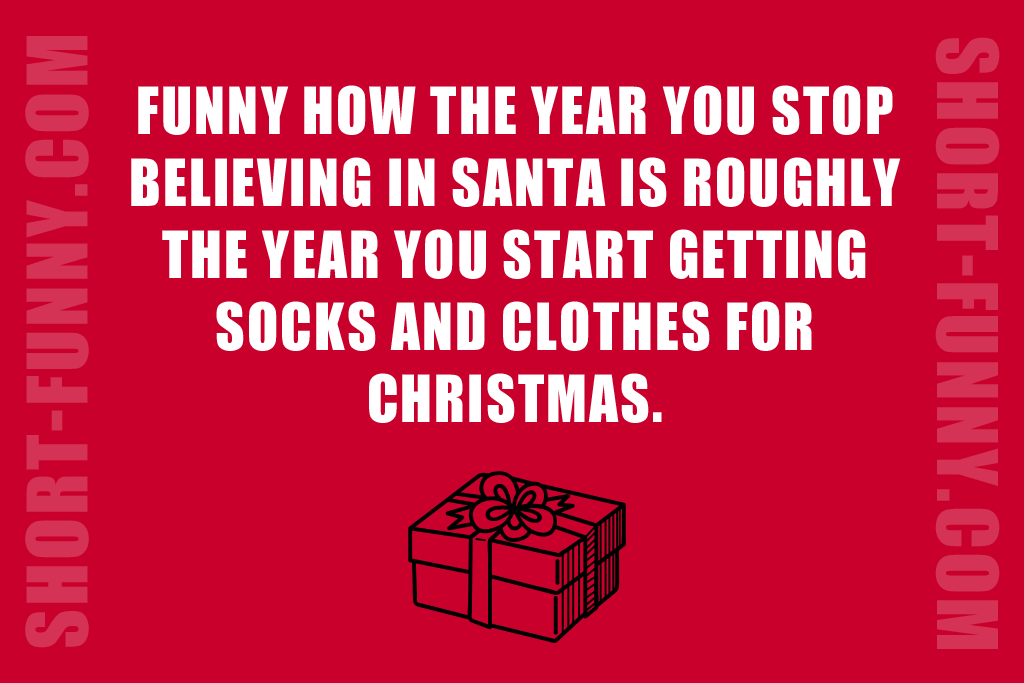 – Well, do you see that Audi parked down there?

– Yeah, doesn’t it? And that is the exact color of the sweat pants I got! Another helicopter tried to land in our garden today. I think we’re going to have to reduce our Christmas lights a bit. Lisa thanks her grandpa, "Thank you Grandpa for the violin you gave me last year for Christmas. I've never got such a brilliant gift!"
"Really?" asks the surprised Grandpa.
Lisa says, "Oh yeah - every time I start playing, mom gives me 2 dollars so I would stop!" 9 out of 10 turkeys recommend a steak at Christmas. Let’s face it. Santa clearly prefers children of rich parents. What kind of a bike does Santa ride in his spare time? A Holly Davidson.


An honest politician, a hard-working civil servant and Santa Claus find a 100 dollar bill. Who gets to keep it?
Santa does, the other two are creatures of myth and legend. Two women are chatting, "I took my husband to the Christmas market yesterday," says one of them.
-
"And, did someone want to buy him?" asks the other.  Last Christmas I gave you my heart... well - that was the end of me...no one survives without a heart.  One turkey asks another, "Do you believe in life after Christmas?" Sending letters to Santa up the chimney is definitely black mail. What did the reindeer say when he was spotted one Christmas Eve by Little Johnny?

Nothing, reindeers don’t talk. I heard some strange chatter from the spice cupboard mid-December. But it was just the Season’s greetings. This will be the fifth year in a row that my in-laws will come over for Christmas. I think this time we should let them in. Next Part
Christmas Jokes