by Michael Janik
In Leadwood, Missouri, pilots are not allowed to eat water melons when they’re flying.


Elephants commonly live with and form relationships with their grannies. If you spend 10 minutes every working day pooping, you get paid every year 43 hours just for pooping. This sentence uses all the letters of the alphabet: “The quick brown fox jumps over the lazy dog.” McRib was introduced to the McDonald’s menu because of a temporary shortage of chicken meat at the time. When World War II ended, the victorious Russians partied so hard that Moscow ran out of vodka. The famous British mathematician Alan Turing once bought 150 lbs of silver and buried it in the forests around Bletchley Park, because he didn’t trust the safety of banks during the war. When the price of silver doubled, he wanted to dig it up – but never found it again. The puffer fish impresses females by making pretty patterns in the sand on the ocean floor. Jackie Chan and his stunt crew are on the blacklist of all insurance companies, so when somebody in his movies gets hurt, Jackie has to pay. In Bhutan, men are only allowed to have sex when their older brother is married.  The reason why most people hate their voice on recording is that they normally hear themselves both from the inside and outside, which makes their voice sound deeper. When you’re listening to a recording of your voice, you’re only listening to it from the outside. 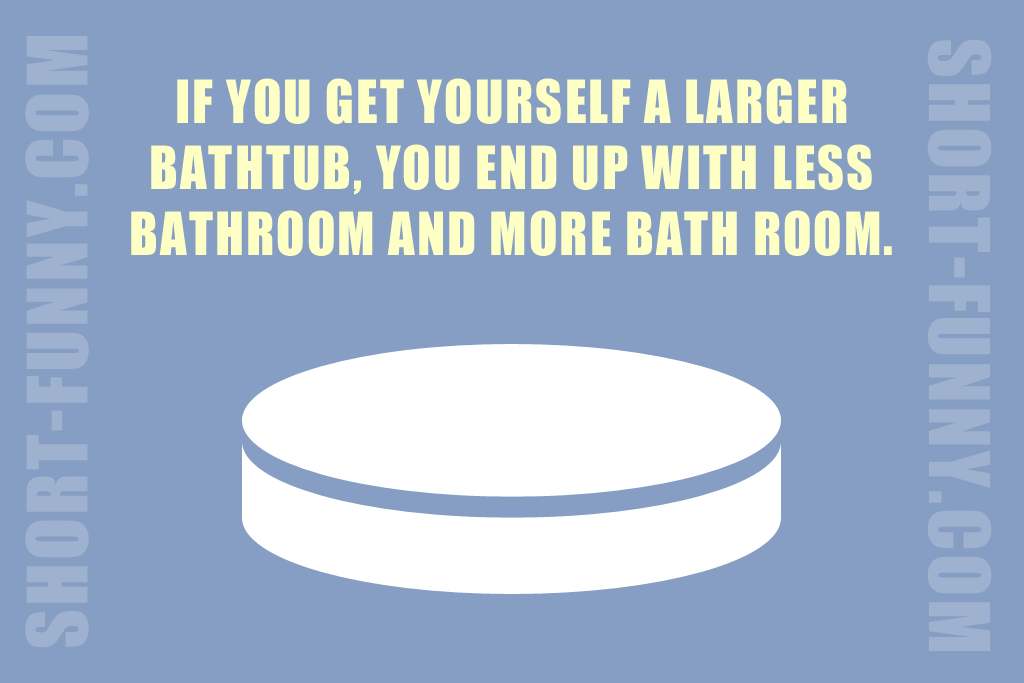 If you get yourself a larger bathtub, you end up with less bathroom and more bath room. Eliminating a single olive from all first class salads on their flights saved American Airlines 40,000 USD in 1987. Winston Churchill was born during a ball in a ladies room. Chess was invented in India.


Otto the Great (Emperor of the Holy Roman Empire from 962) always swore by his beard when he wanted to say something important. A gang leader (Tavon White) impregnated 4 prison guards while in prison. In Indonesia you can kiss in public, but only if you are married. Butterflies taste with their feet.
Ohio has a town with a very suggestive name: Pee Pee Creek. A Malaysian species of ants has a suicidal form of defense – when the worker ants are disturbed by intruders, they rupture their stomach membrane, releasing a mix of chemicals that immobilizes the invader – also causing their own death. Think about it the next time you disturb your colleague. Every year, 350 people in Paris slip on a dog poo and are hurt so badly they have to be taken to a hospital. The Earth receives around 2.000 pounds (ca 960 kg) of space dust and particles every day. In England, you are not allowed to put a stamp with the queen upside down on an envelope or a post card. Contestants that are kicked off Gordon Ramsey’s shows are given psychological evaluations to make sure they won’t kill themselves or anybody else as a result of their participation. In the left-driving Australia, it is illegal to walk on the right side of the pavement. In Australia, kids can enjoy a cigarette, they’re just not allowed to buy it. A pig’s orgasm lasts for 30 minutes. Life is hard for men with specific tastes in clothing in Tasmania – men are only allowed to wear women’s clothes after sundown.