It takes an average person 7 minutes to fall asleep. 12. 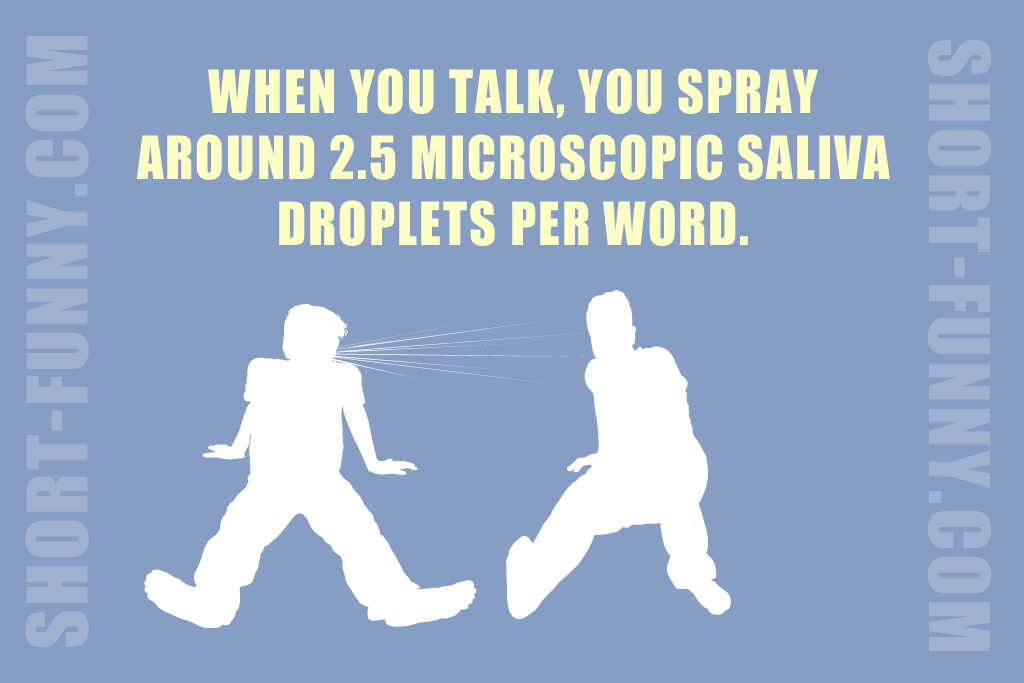 When you talk, you spray around 2.5 microscopic saliva droplets per word.

Rats cannot vomit, and neither can horses. 14.

Every year, 11,000 injuries are reported in America as a result of sexual experimentation. 15.

A 12-year-old girl from Ethiopia was kidnapped by four men on her way from school. A week later the whole group was accosted by three lions who chased the men away and stayed with the girl without harming her, only leaving when the police arrived, looking for her. 17.

A now teenage boy called Ben Underwood lost his sight to cancer when he was 3 years old. He learned to use echolocation (orientation in space by sound that e.g. bats use) in order to sense his surroundings. Today he can play table soccer, basketball, he does karate, roller blades, enjoys pillow fights and much more. 18.

Our ears and our nose never stop growing.

In 1994, a man was arrested because he was dressed as the Grim Reaper and just stood and stared into the windows of a home for the elderly. 20.