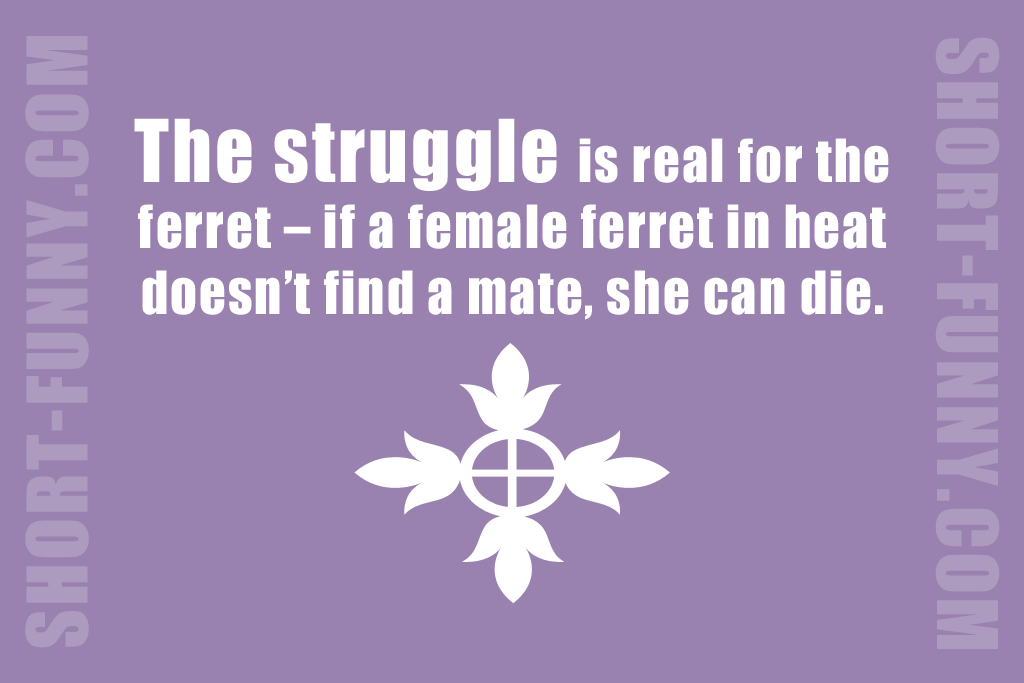 April 11, 1954 was dubbed the most boring day in history – nothing of any importance happened on that day. (Which makes it rather unusual.) Winston Howes, a farmer in South Gloucestershire, England, planted thousands of oak trees to create a heart-shaped clearing as a tribute to his deceased wife Janet.


Fingers prune in water to give you a better grip. Just another clever evolutionary trick. In 2021, Budimir Buda Šobat created a world record in holding one’s breath – 24:33. A single testicle of a blue whale can weigh between 99 to 150 pounds. If you eat polar bear liver you might die – and rather horribly, too, with the skin peeling off your body. The reason for that is too much vitamin A – humans just can’t handle that much. 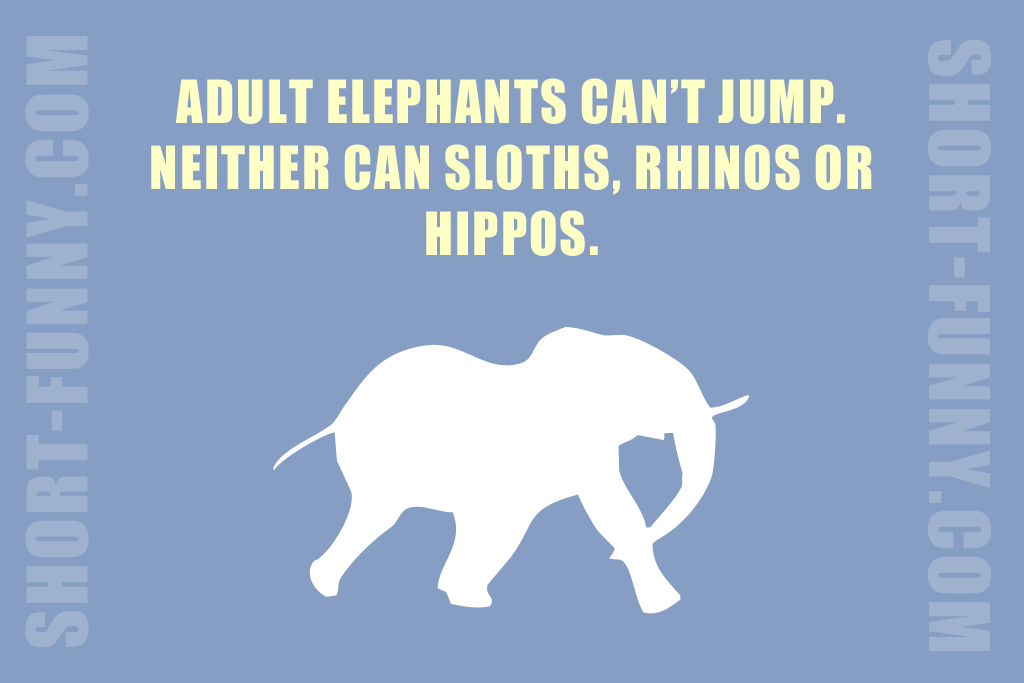 Adult elephants can’t jump. Neither can sloths, rhinos or hippos. During the strike of medical doctors in LA in 1976, the death rate decreased by 18%.  You have to grow, manually pluck and dry over 80,000 flowers to get 1 pound of saffron.Ancient Romans used to boil vinegar with goat muck, the result was an energy drink favored by charioteers. A flea can jump a distance that is 350 times longer than its own length. Translated into human terms, it would mean that a man would be able to jump over 3 airplanes. If you’ve ever wondered what to call the phenomena when three astronomical bodies line up, it is "syzygy". In 1971, Juliane Koepcke, a 17 year old German Peruvian girl, was flying with her mother over the Amazon rainforest. Their airplane (LANSA Flight 508) was hit by lightning in a heavy storm and was consequently torn to bits. At the height of 10,000 feet (3.2 km), the forces ripped the girl out of the airplane, still strapped into her seat, and she fell to the ground.

A few hours later she woke up with relatively minor injuries given the length of her freefall – a concussion, a broken collarbone, an inch deep cut in her leg and torn ligaments in her knee.

She was looking for her mother for a while unsuccessfully, and then she remembered her father’s advice to follow the little water streams since they lead to bigger streams and finally to a river where it was most likely to find human habitation. So she did.

She spent 10 days walking through the rainforest without her glasses and an injured eye, dressed in a skimpy mini-skirt and wearing just one sandal, until she finally found people who then took care of her. Nobody else survived the LANSA Flight 508. Sharks pee through their skin. Lions do it pretty often. Sometimes up to 40 times a day.


Giraffes have the same number of teeth as humans.  Quite a few lip balms contain salicylic acid, a substance that causes your lips to peel – which is in turn causing you to go and buy more lip balm. The camel protects his eyes against the ever-present sand with three eyelids. The first plant to have flowered and produced seeds in space was Arabidopsis, grown in 1982 by the crew of the Soviet Salyut 7. Do you know the difference between poisonous and venomous snakes? It is surprisingly simple. If you bite the snake and you die, the snake was poisonous. If the snake bites you and you die, the snake was venomous. Enjoy. An interesting simile of why pearls are the best gifts for the angry girlfriend – oysters actually make pearls to get rid of a nagging pain. When a parasite or a grain of sand or debris gets inside their shell and causes their soft bodies discomfort, they coat it with multiple layers of “nacre”. Eventually, a beautiful pearl is born. The Alaskan Wood Frog spends the harsh Alaskan winter frozen solid – with no heartbeat and no breathing. When the thawing rays of the sun arrive with the spring, it simply unfreezes and hops off on its way. In 2005, a Swedish millionaire Johan Eliasch bought 400,000 acres (1,600 km2) of Amazonian forest near the Madeira River from a logging company for 14 million dollars with the sole purpose to preserve it. No dinosaur has ever killed a human being. Leonardo Da Vinci was a vegetarian and was known to buy caged birds simply to let them free. He was also questioning man’s superiority over animals and his right to raise them for slaughter – this attitude was unheard of in his time. Considering the work and processes our bodies are constantly doing, they are remarkably quiet.


In Russia, there are 44 “closed cities” (“closed administrative-territorial formations”) where no foreigners are allowed. The total population of these towns amounts to 1.5 million; they are administered either by the Ministry of Defense (75%), or the Russian Federal Atomic Energy Agency. The human eye can pick out over 10 million colors. The highest doctor per patients ratio (least patients per doctor) is in Cuba. Steve Jobs’ father was a Syrian immigrant. It is illegal to step on money in Thailand, because you’d be insulting the king by stepping on his picture.
First Part
Fun Facts Top 1-10