When Vin Diesel was 7, he broke into a theatre with his friends, intending to vandalize it. They were stopped by a woman who, instead of calling the cops, gave them each a role and 20 USD on condition they come for rehearsals after school. That was the unusual start to Vin’s successful acting career. 63.

If you don’t stand up in a Thai cinema when the national anthem is being played, it is considered a criminal offence.

So many people love the statue of Liberty. If you wanted to take your admiration to the gifts stage, her shoe size is 879 (25 ft in length, or 7.6 meters). Her dress size is better kept hushed, but it is approximated that the dress she is wearing would use around 4,000 square yards (3,344 m2) of fabric. 65.

President Calvin Coolidge was a great lover of animals – he kept a pet raccoon called Rebecca and numerous cats, canaries, mockingbirds and wombats in the White House. 66. 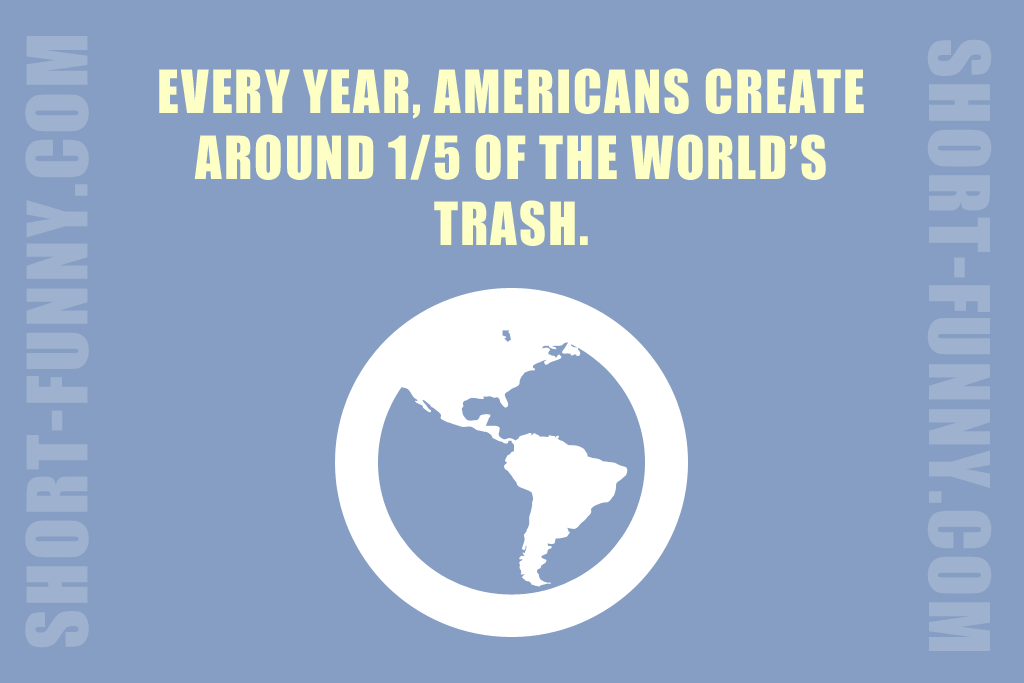 Every year, Americans create around 1/5 of the world’s trash. 67.

Meet Neil Harbisson – cyborg artist. He had a special antenna implanted in his head which allows him to hear colour and see sound, connect to the internet, Bluetooth and nearby electronic devices. 68.

When you’re French-kissing, it’s not just you finding a soul-mate – your mouth bacteria are expanding their social circle quite dramatically, too. A 10-second French kiss spreads around 80 million bacteria between the two kissers.

If you stretched out all the DNA helixes in the cells of your body – there are about 10 trillion cells on average so you might need a while – you’d get a string 744 million miles long, meaning it would reach to the Moon and back nearly 1500 times – or 4 times to the Sun and back again. 70.

The most successful university in the production of billionaires is the University of Pennsylvania – 25 billionaire alumni.
Next Part
Fun Facts Top 71-80