People spend an average 22 years of their life asleep.

Why do men have nipples? Because until the Y-Chromosome kicks in, everybody is a female. 44.

Unusual death:
Aeschylus, a Greek tragedy playwright, was killed in 455 BC when an eagle, mistaking his bald head for a convenient rock, dropped a tortoise on it. According to Pliny, Aeschylus was spending a lot of time in the open to avoid a prophecy that he would be killed by a falling object. 45.

In Germany, you are allowed to drive your car naked if mood takes you that way, but you may not get out of it naked. 46.

In India, kissing in public is not allowed. 47.

It was forbidden to buy or sell condoms in Ireland up to the 1990s. 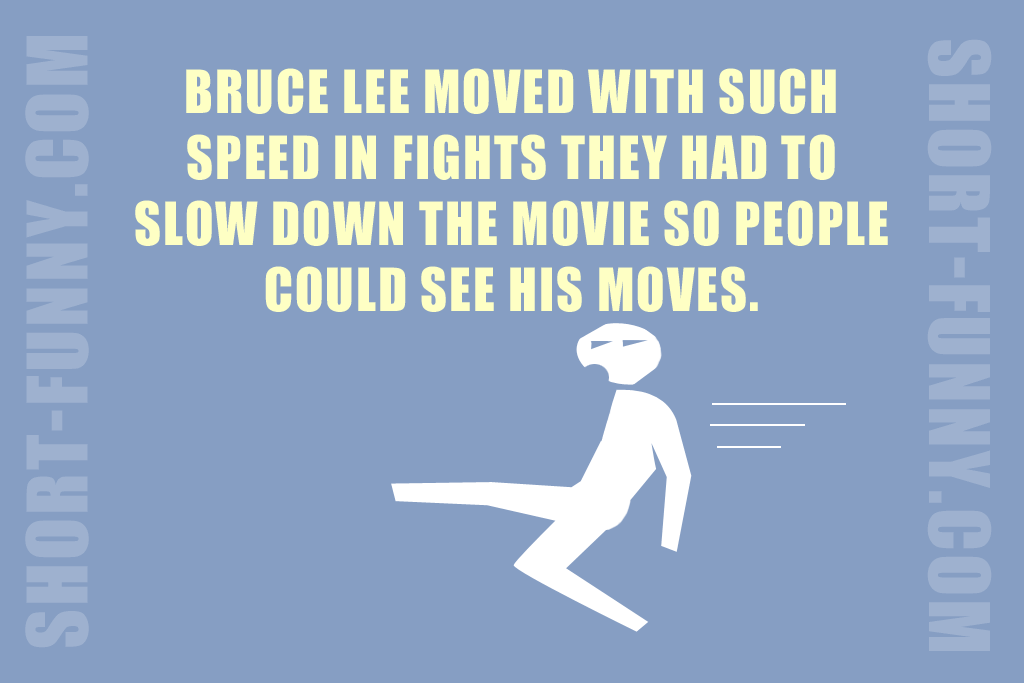 Bruce Lee moved with such speed in fights they had to slow down the movie so people could see his moves. 50.

If you live in Switzerland in an apartment building, you mustn’t flush your toilet after 10 pm; if you’re a man, you also may not pee standing up after 10 pm – the tinkle is just too annoying for the neighbors.
Next Part
Fun Facts Top 51-60