by Katerina Janik
How can they call it "Alcoholics Anonymous" when the first thing you do is you stand up and say,
‘My name is John and I am an alcoholic’?


Smile and the world smiles with you. Fart and the world suddenly stops smiling. Oh darling, since you’ve started dieting, you’ve become such a passionate kisser…

What do you mean, passionate? I’m looking for food remains! My parents grew so fond of my girlfriend, they’ve come to see her as their own kid.
Recently, my mom started to look out for a proper boyfriend for her. Pessimist: "Things just can't get any worse!"

Optimist: "Nah, of course they can!" A snowman sniffs, “Hm, funny, I smell carrots…” 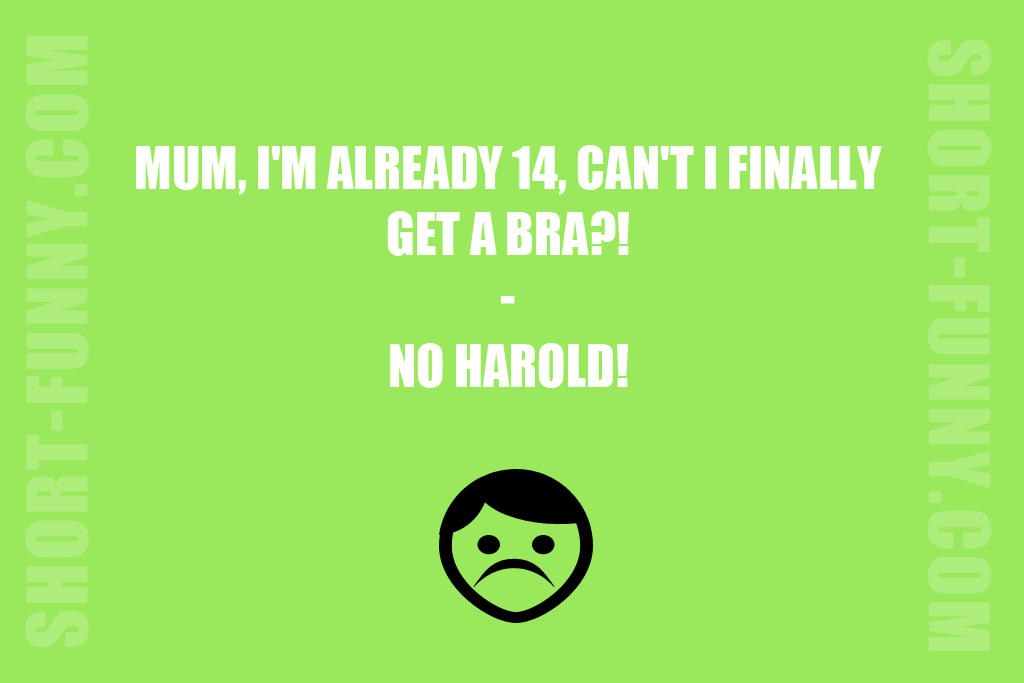 Two men are discussing their lives. One says, "I’m getting married. I’m sick of a messy apartment, dirty dishes, and no clothes to wear." The other one says, "Hey, I’m getting divorced for the same reasons."


Two fortune tellers meet. First one says, “We’re going to have a hot summer again.” The second one sighs happily: “Yes, it reminds me of the summer in 2092…” Scientists have now discovered how women keep their secrets. They do so within groups of 40. Me: “Do you think it’s strange to talk to yourself?”

Me: “No.” I went to a Chinese restaurant and my waiter brought my food to the wrong table. I called out laughingly, „Hello? That’s my food. We look all the same to you, don’t we?“ It was at that awkward moment that I realized it wasn’t my food. It wasn’t even my waitress. I thought it would be nice to share a burger with this homeless guy I keep seeing on my way to work.
-
But that stingy jerk told me to go get my own. What’s a state clerk’s favorite day of the week?

Tuesday. There’s no point starting anything new so shortly before the weekend. On a first date:

He: "I already booked a room…"

He: "What?"  A freshly married couple are lying after some amorous activities. She snuggles up to him and asks,

“What are you thinking of right now, darling?”

He: “That my navel used to be my mouth.”

He: “What?” Husband calls his wife, “I’ll be at a seminar tonight. Can I do anything for you?”

“Oh, so daddy is an impotent?” My brother went to jail. He didn't take it very well. He was yelling insults and
attacking everyone, he even threw his feces on the wall. I don't think we will play Monopoly with him again. I used to believe that the brain was the most important organ. But then I thought, hey, look who’s telling me that. Why did the dinosaur cross the road?

Because the chicken hasn’t evolved yet. Jesus can walk on water, correct?

“I was thinking yesterday that I’d go and drown all my sorrows. But my wife flat out refused to get in the water.” About 4,000 years ago:

God: I shall create a great plague and every living thing on Earth will die!

God: Correction, I shall create a great flood! I told my dad that he should embrace his mistakes. He had tears in his eyes. Then he hugged my sister and me. Doctor looks seriously at Mr. Pickton, "Mr. Pickton, I'm sorry to say this but you suffer from a very aggressive illness and there’s nothing we can do. You’ve only got 10 to live."

"9." Doctor, please help, already for a couple of months I’ve been hearing this horrible whistling after I’ve had intercourse with my wife.
–
And what did you expect? A standing ovation? I wish I could go to the Maldives again.”

“Wow, you’ve been to the Maldives?”

“No, but I wished it before.” Light travels faster than sound. That is why some people appear quite bright – until you hear them talk. Next Part
Hilarious Jokes