Isn't it embarrassing how Santa ends up having the same wrapping paper like your mum and dad. At Christmas, mother says to Little Johnny, "Go on and light up the Christmas tree Johnny.“

Johnny runs off happily and comes back after a while, asking, „Should I light up the candles, too“
Where would Santa hide gifts for his elves?
-
In his clauset. Why should you never mess with Santa?

Because he’s got a black belt. 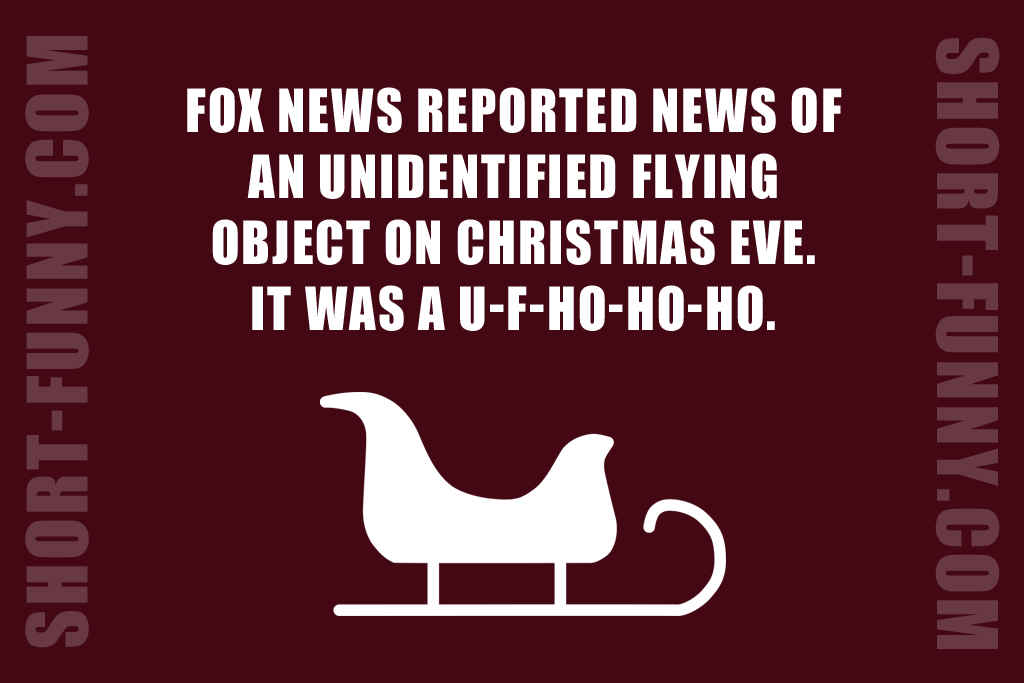 Fox News reported news of an unidentified flying object on Christmas Eve.
It was a U-F-ho-ho-ho. Little girl wrote to Santa, asking him to give her a baby sister for Christmas.

Santa replied promptly, asking her to send her mother.


Where does Santa send the elves‘ wages?

To the snow bank. Why do spies rarely enjoy the Christmas holidays?

They hate giving away their presence. What is the difference between a snowman and a snowwoman?
-
Snowballs. Never fight Santa Claus. He has a black belt. How do we know Santa is a man?

No woman with an ounce of dignity would wear the same outfit for so many years running.  Christmas tip: Wrap empty boxes in Christmas wrapping paper. When your child misbehaves, toss one into the fire. Why does Santa use reindeer to pull his sleigh?
-
Because huskies can’t fly. What would you call an elf who is an excellent swimmer?

An elfin. “The holiday season: A deeply religious time that each of us observes, in his own way, by going to the mall of his choice.” Dave Berry Walking down the street I wonder if at Christmas we celebrate the birth of Jesus, or of General Electric. I heard elves love to sing when they work on children’s toys. They are very good wrappers. Next Part
Christmas Jokes